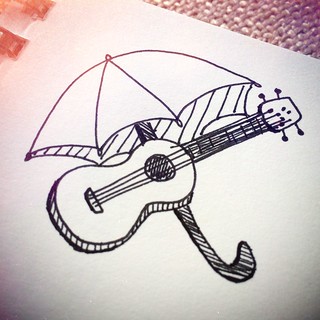 I admit that I was a reluctant fan of How I Met Your Mother (IMDB, Wikipedia, Amazon). My partner, Tony, LOVED the show, and introduced me to it pretty early in our relationship. So, I decided, hey, if he loves it, I’ll watch it.

If you want to be surprised, come read the essay after you’ve watched the finale. Just trust me that the show will be worth it. [Beware: SPOILERS]

Finally, we find out that The Mother wasn’t that perfect after all

Early in the series, I didn’t like HIMYM because Barney made me cranky. He was just too, well, Barney. You know what I mean. I couldn’t take his constant abuse of the women. Them being hopeful and gullible doesn’t mean they are something to manipulate.

Around the time we really got to see how Barney was good at heart, we first started hearing of The Mother. And she seemed amazing. Really amazing. TOO amazing.

Why, when everyone else in HIMYM is so real, is The Mother so unbelievable? Even Marshall and Lily, who represent the classic romance story, have serious conflict, twice: the San Francisco incident and the Italy incident.

Why would the writers let The Mother be so fairy-tale wonderful?

And then, about 10 seconds before we see her in the hospital in the last episode, I got the vibe. SHE DIED! And this, this was wonderful.

Yes, I really did just say that. Stay with me.

When we know that The Mother died before Ted started to tell the story, we immediately know why she was so perfect. Ted is an unreliable narrator.

For those of you who weren’t Lit Nerds in school, here’s what that means: Ted isn’t telling the truth. Or, not the whole truth, anyway. Was The Mother fantastic? Of course she was. Did she do all the things we saw her do? Probably, though some were probably amped up a bit. Did she also do some un-wonderful, poorly executed things? ABSOLUTELY. Ted’s just leaving them out.

Why you shouldn’t be angry that she died

But, I hear you saying, SHE DIED! And her kids are still young! And, she won’t get to go to their weddings!

Is it so bad after all, though?

Tracy McConnell and Ted Mosby aren’t each other’s “the one.” We see, albeit briefly in Season 9, how very in love Tracy was with Max. She and Max were so perfect for each other, Tracy decides, “I’m on permanent hiatus in the love department.” Her future roommate replies, “Really? I find that hard to believe.” “I guess I’m old fashioned,” says the Mother, “I believe that each of us only gets one, and I got mine already.”

Likewise, Ted loves Robin. He lets go not because he’s over her, but because he must.

It’s exactly what Robin tells Ted, in the first episode of Season 7, when they’re on the patio smoking cigars at Punchy’s wedding. Robin says, “If you have chemistry, you only need one other thing.” “What’s that?” asks Ted. Robin answers, “Timing.” Though she’s talking about herself and Barney at the moment, it also summarizes her current relationship with Ted. Though he loves her, they want different things—Ted to settle and have kids and Robin to pursue her career across the globe.

In the final episode, we see that Ted and Tracy aren’t conventionally in love in how they handle their partnership. They want to plan a BIG, ostentatious wedding in a castle, and yet, when they find out that Tracy is pregnant, they are overjoyed, have another kid a couple years later, and still don’t get married. Eventually, they decide to get married real quick when there’s a hole in the schedule.

Tracy and Ted aren’t true loves in our socially constructed ideal of love. Are they awesome together? YES. Did they raise two fantastic kids? You bet your ass.

The kids encouraging Ted to call Robin? You can assume, based on her worry about Ted living in the past, that Tracy talked to the two of them and told them: You have to let your dad move on. He needs someone to love him.

She had to do the same thing with Max, and she would have spoken beautifully and honestly to them, and the kids were plenty mature to understand it.

Here’s how beautiful Tracy and Ted were for each other: Tracy had her love (Max) taken from her too young. Ted couldn’t have his love (Robin) until she had had her career; even rock ‘n roll, legendary Barney couldn’t handle that life.

By Ted and Tracy finding each other, they were both able not only to have each other, but also to have kids. Even with Ted’s unreliable narrator-ness, it’s easy to infer that Tracy needed kids in her life just as much as Ted. And, honestly, that the world needs kids like theirs in it.

Everyone gets their happy ending

It would have been easy for the writers to pair everyone off. In that version: Marshall and Lily stay together forever, of course. Robin and Barney magically and inexplicably make it work. Ted finds The Mother, and everyone lives happily ever after. In the mainstream ideal of partnership, each person gets one love, and it lasts for their whole adult life.

But the writers gave us something so much better. They gave us REAL happy endings. Ones that have paths that might be a little messy—that scene in the last episode when Barney and Robin fight made me so anxious—but each character’s path is true to that character.

Barney finally finds his true love. His daughter. She turns Barney into a person who now cares for the same kinds of women he used to con. And even his choice to have his daughter is unconventional—she is born, yet (it is implied) he and her mother don’t get married. And it works for them.

Robin, Ted, and Tracy each have two meaningful partnerships in their lives. How lucky are they?? It’s one sort of fairy tale to have found your one true love and live happily ever after, but isn’t it another, more modern fairy tale to have two loves? Each person gets exactly what they need in life not because we are magically divvied up into pairs, but because the universe has enough people in it for each person to find the life they need, when they need it.

These are the sorts of stories I want in the world. These stories that accept the twists and turns of life and still believe in the universe being fundamentally good. Marshall turns down the judgeship so Lily can have her time in Italy, and only a few years later, Marshall gets another judgeship. It’ll be ok in the end, and if it’s not ok, it’s not the end.

And this, my friends, is how the episode that pissed off so many HIMYM fans instantly turned it into the most beautiful and real television show, ever.

Designs, researches, illustrates, and writes code. Plays ukulele. Dances Balboa. Grew up in a geodesic dome, and hasn't gotten over it.
View all posts by Veronica Erb →
This entry was posted in Essays and tagged HIMYM, how I met your mother, literary analysis. Bookmark the permalink.